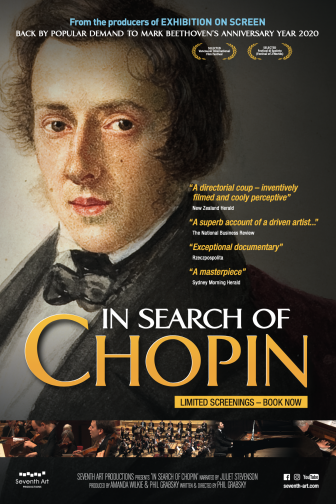 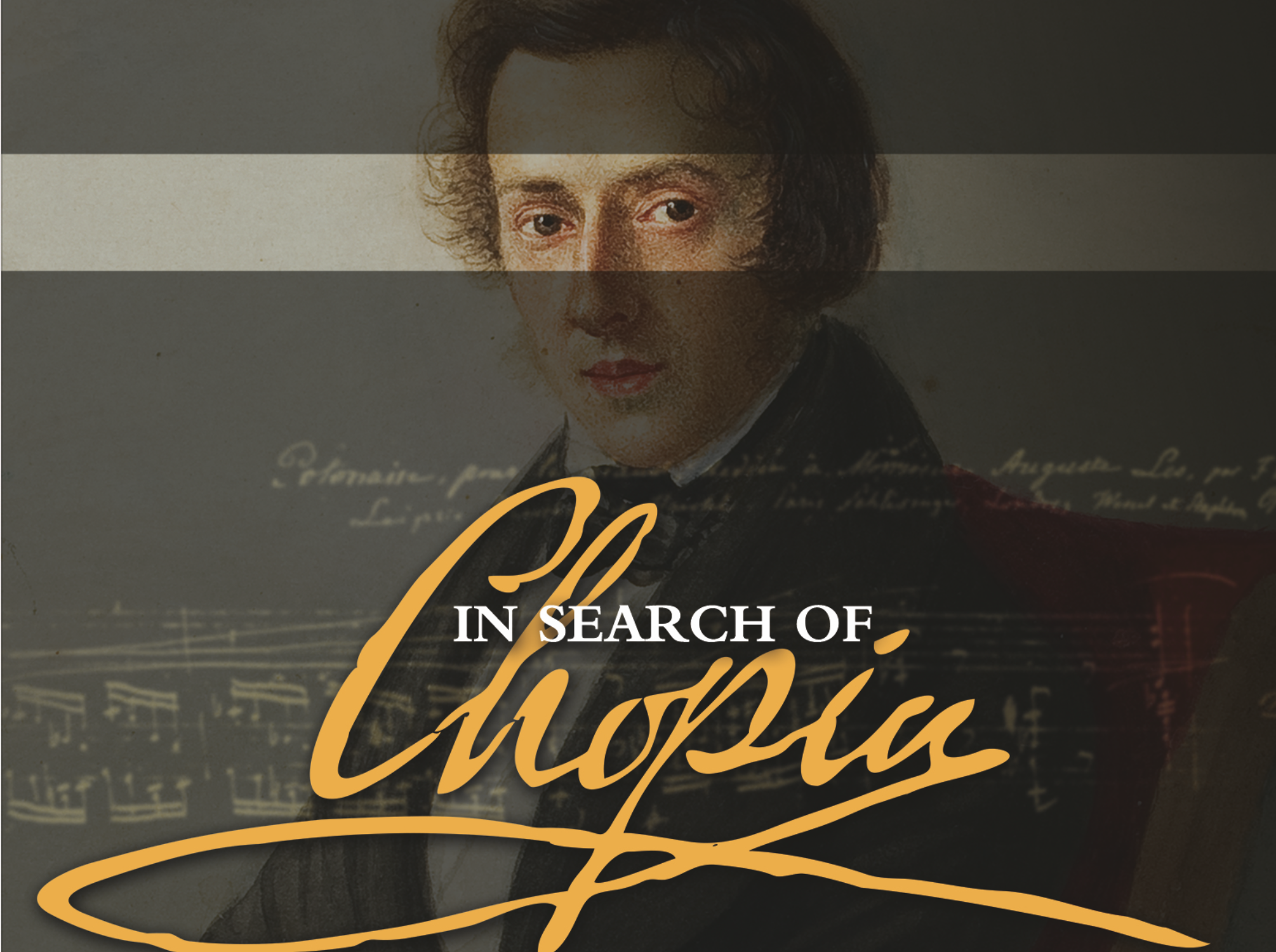 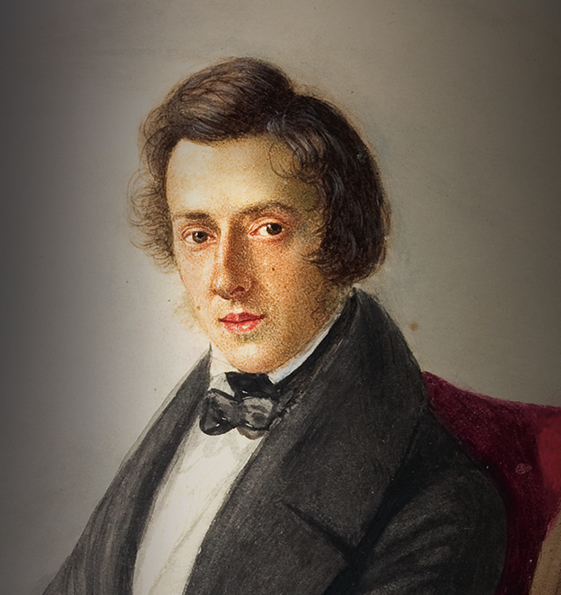 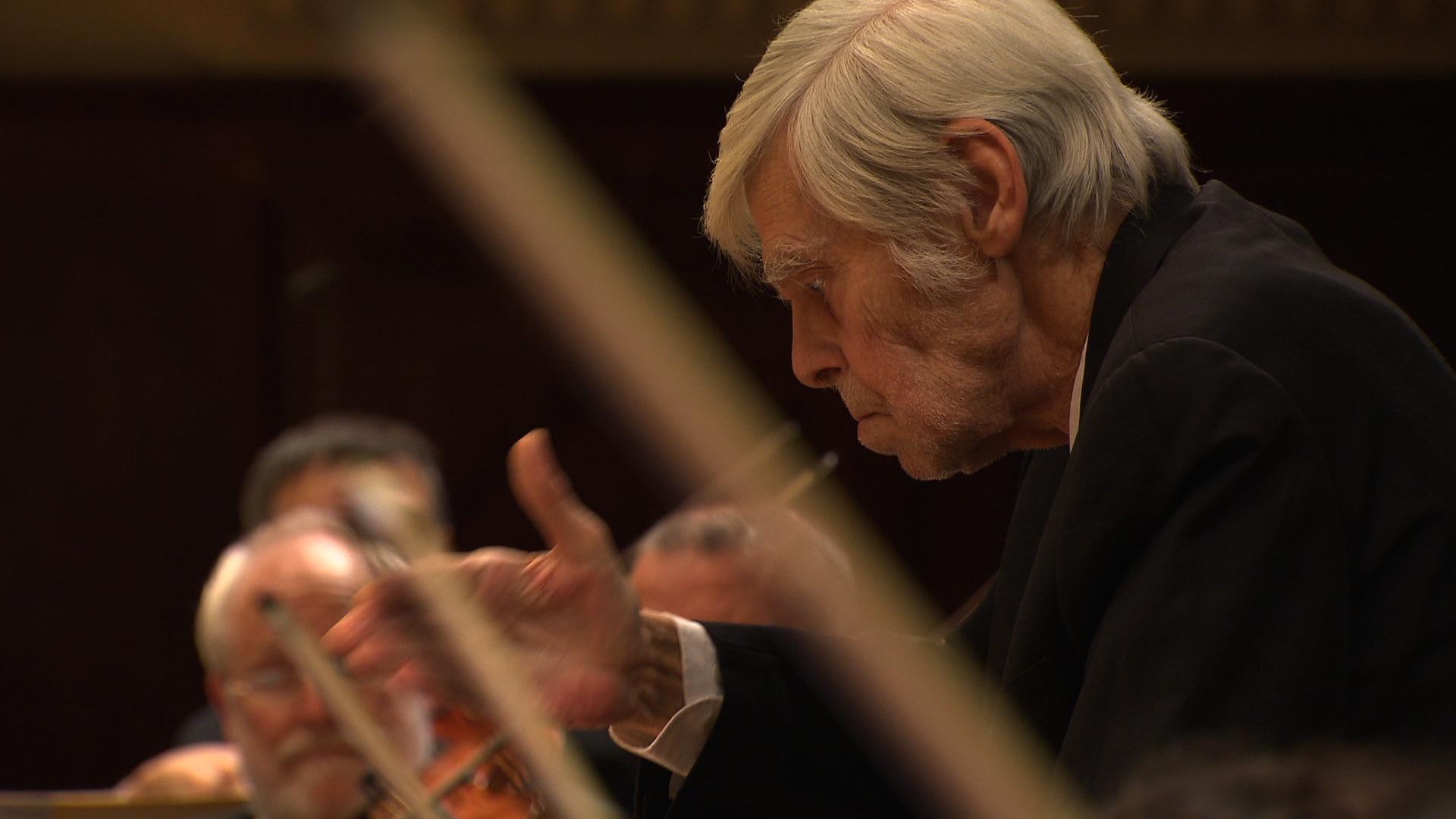 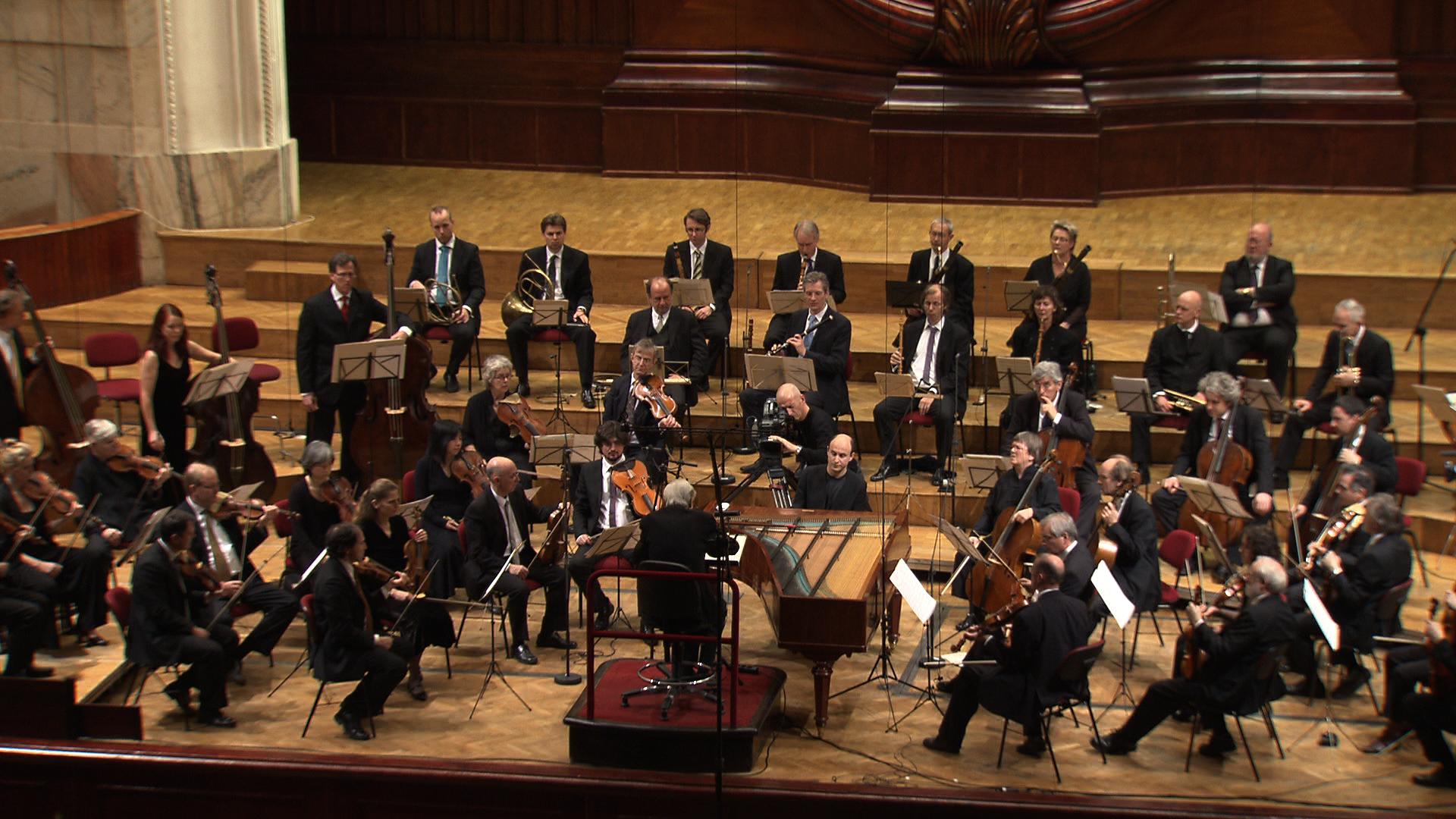 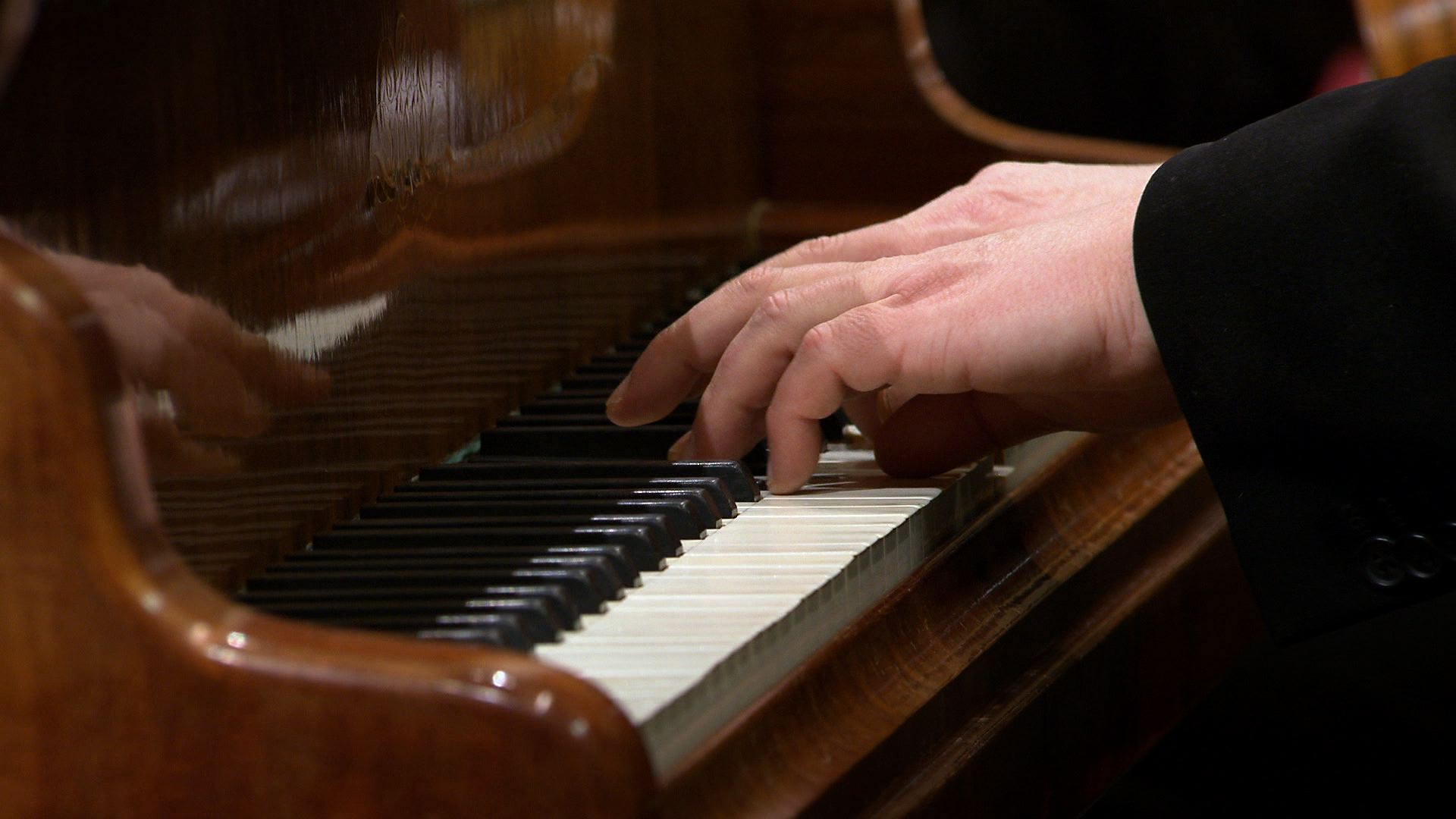 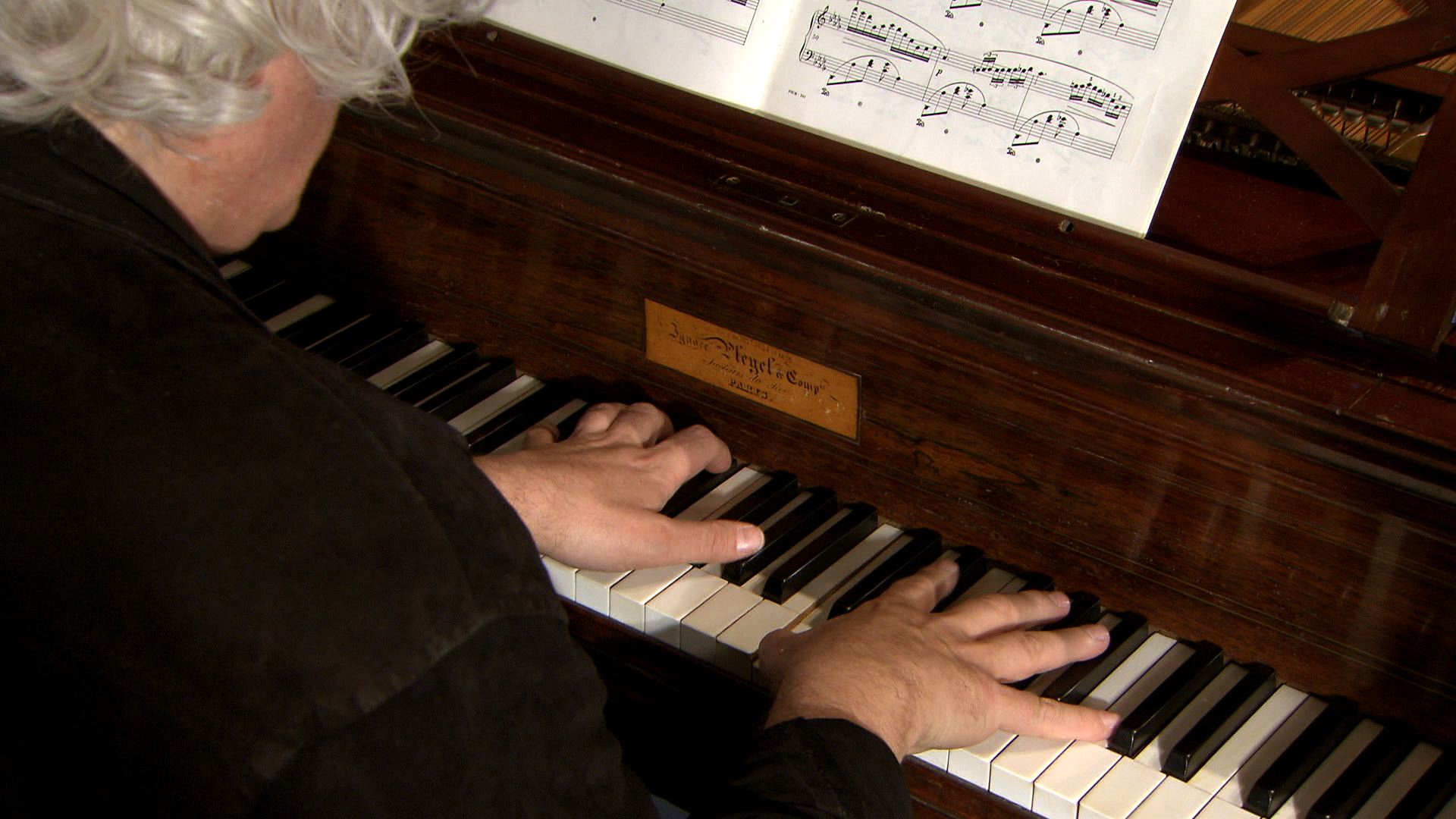 In Search of Chopin

Funny, heart-breaking, inspirational – this film has been called the first to really illustrate the true nature of this remarkable and still widely-loved composer.

Chopin’s grave in Paris remains a place of pilgrimage and his music continues to sell out concert halls worldwide – but who exactly was this man who was terrified of public performance, who fled his Polish homeland for Paris never to return, took up with the most notorious transvestite in France, rarely gave public performances and, despite a life of ill-health, wrote some of the deepest and most powerful music ever written? How exactly did a young Polish boy rise to such heady heights? For four years, award-winning Phil Grabsky travelled the globe in his quest to lay bare the life and music of Chopin. Some of the world’s best musicians provide the music, including Leif Ove Andsnes, Daniel Barenboim, Ronald Brautigam and the Orchestra of the 18th Century.