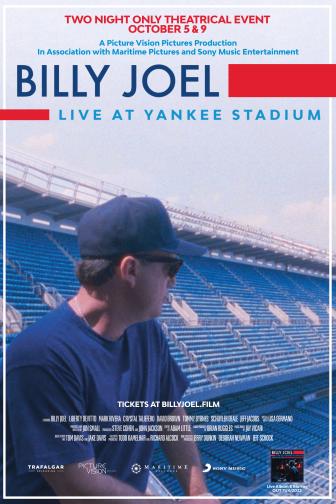 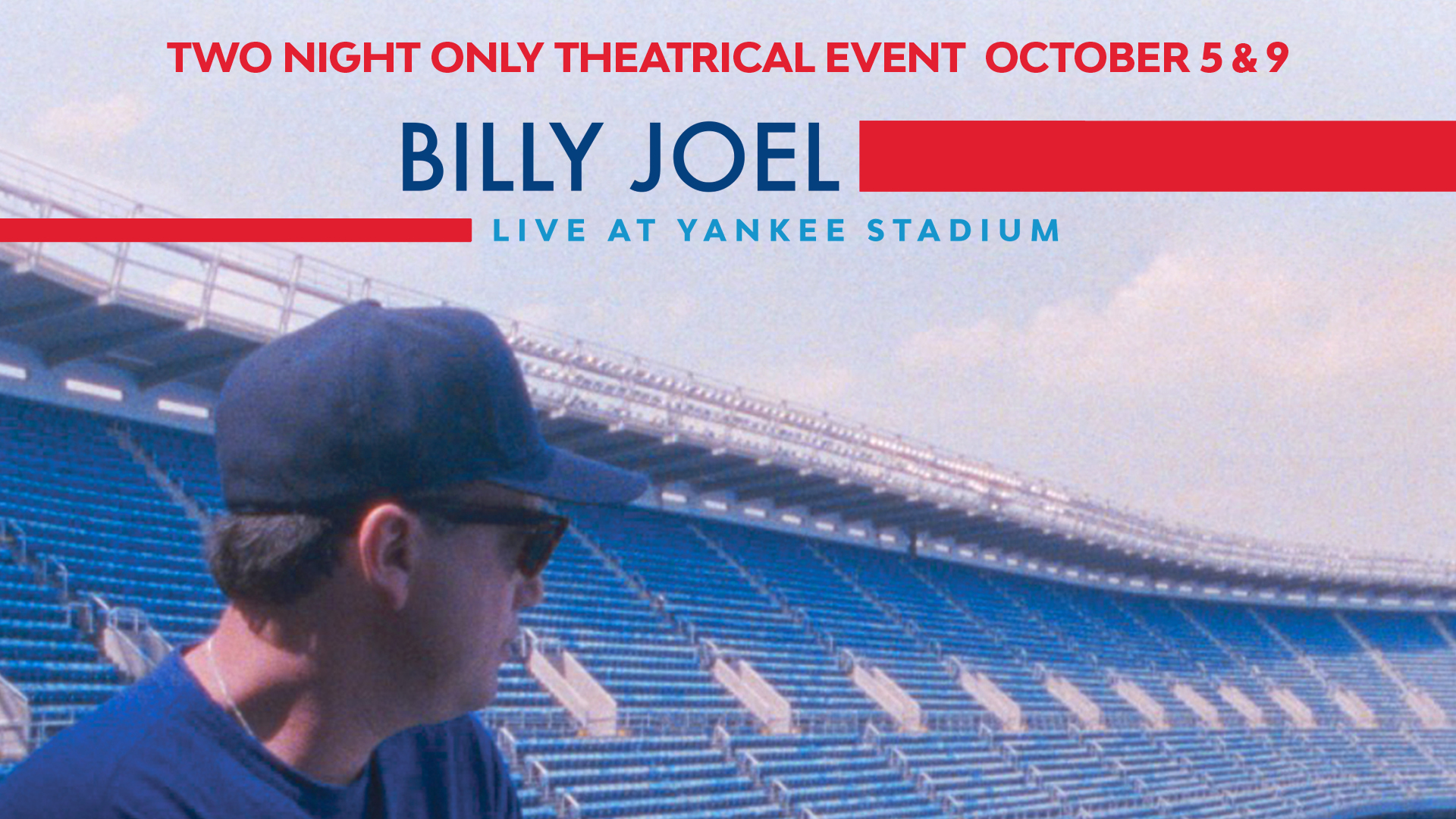 In celebration of 50 years of Billy Joel, “Live at Yankee Stadium” comes to the big screen for a special fan event.

Billy Joel’s legendary 1990 concert at Yankee Stadium stands as one of the greatest concert films of all time. Shot in 16mm color film, the original concert has now been meticulously re-mixed and re-edited in stunning 4K with Dolby ATMOS audio. The newly edited version includes a never-before-released performance of “Uptown Girl” along with interviews from Billy and behind-the-scenes footage from the event’s production. The set list consists of re-edited versions of songs from the original film including “Piano Man,” “We Didn’t Start The Fire,” “New York State Of Mind,” “Shout” and more - all live from the iconic stadium in The Bronx.