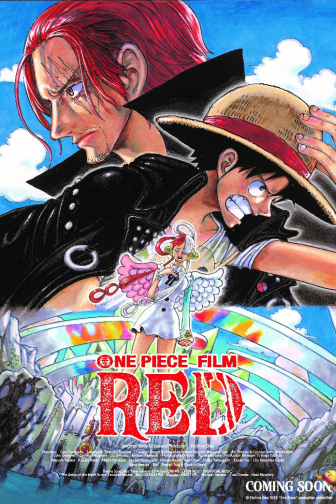 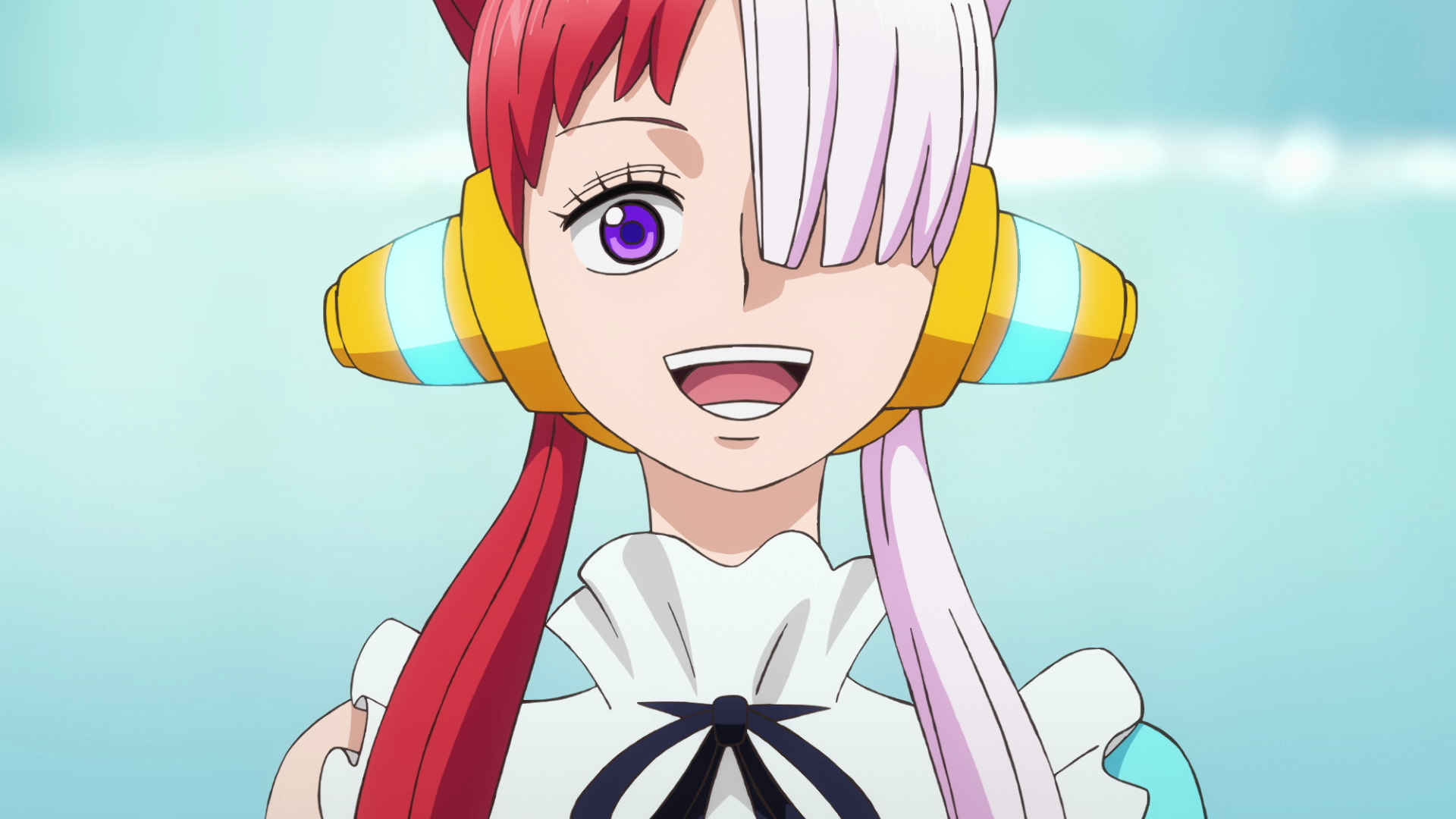 One Piece Film: Red is set on the "Island of Music" Elegia, where Uta, the world's greatest diva, holds her first ever live concert and reveals herself to the public. The Straw Hats, pirates, Marines and fans from across the world gather to enjoy Uta's voice, which has been described as "otherworldly". However, the event begins with the shocking revelation about Uta that will send events on a shocking new course.

The story takes place on the music island of ELEGIA.

Tens of thousands of spectators are gathered at a huge festival, and the Straw Hat Pirates are there...

The most beloved diva in the world will be appearing in front of her fans for the first time.

Luffy sees the diva responding to the crowd's loud cheers, and suddenly runs up to the stage in the hall.

They had known each other!

Luffy's joy at being reunited with an old friend is short-lived.

She smiles wryly when someone appears to stop her from performing.

"Don't interfere with this concert. I'm creating a new era!

I'm going to make people happy with my songs!"

As her voice reaches out to those suffering in the age of piracy,

the world becomes increasingly caught up in her madness.

This is a moving story of overwhelming singing scenes, spectacular stage action, and the drama surrounding Luffy, the diva, and Shanks the Red-Haired.

The battle for "freedom" is about to begin...