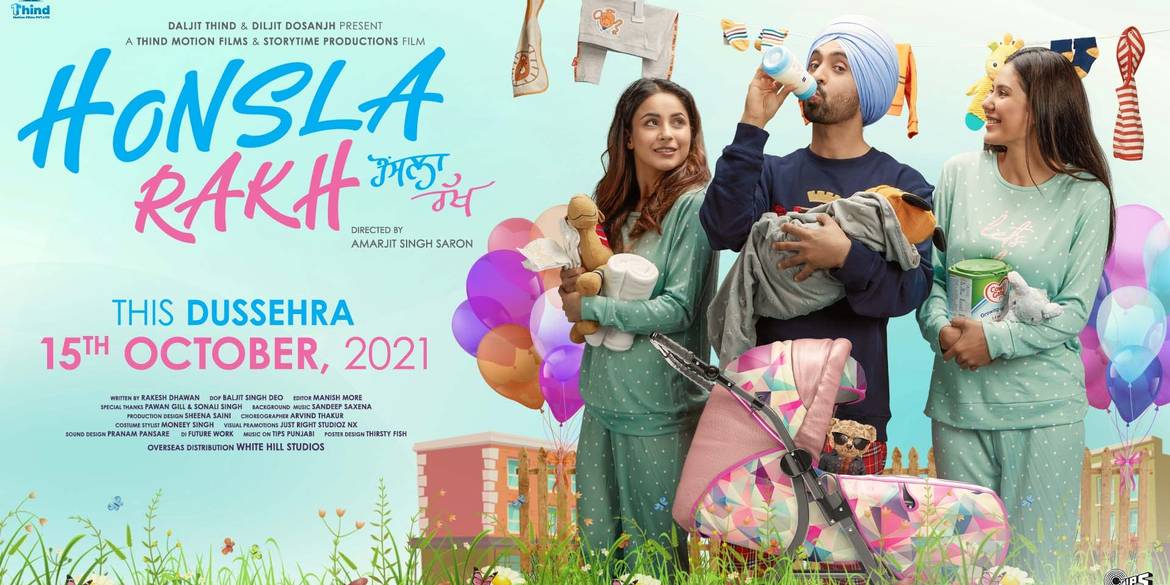 What happens when a loveable, rooted, desi, punjabi young man, who's a single father with a seven-year-old boy attempts to find love again, find a mom for his son, crosses paths with his ex who comes back into the city after a seven-year gap? Honsla Rakh, starring Diljit Dosanjh, Sonam Bajwa and Shehnaaz Gill is a romantic comedy set in Vancouver, Canada that has warmth at its center and deals with the emotional bonds between father and child, and love between men and women in modern times.