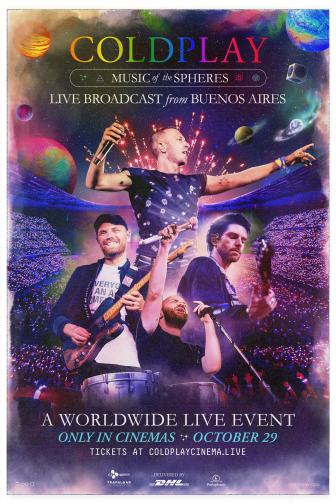 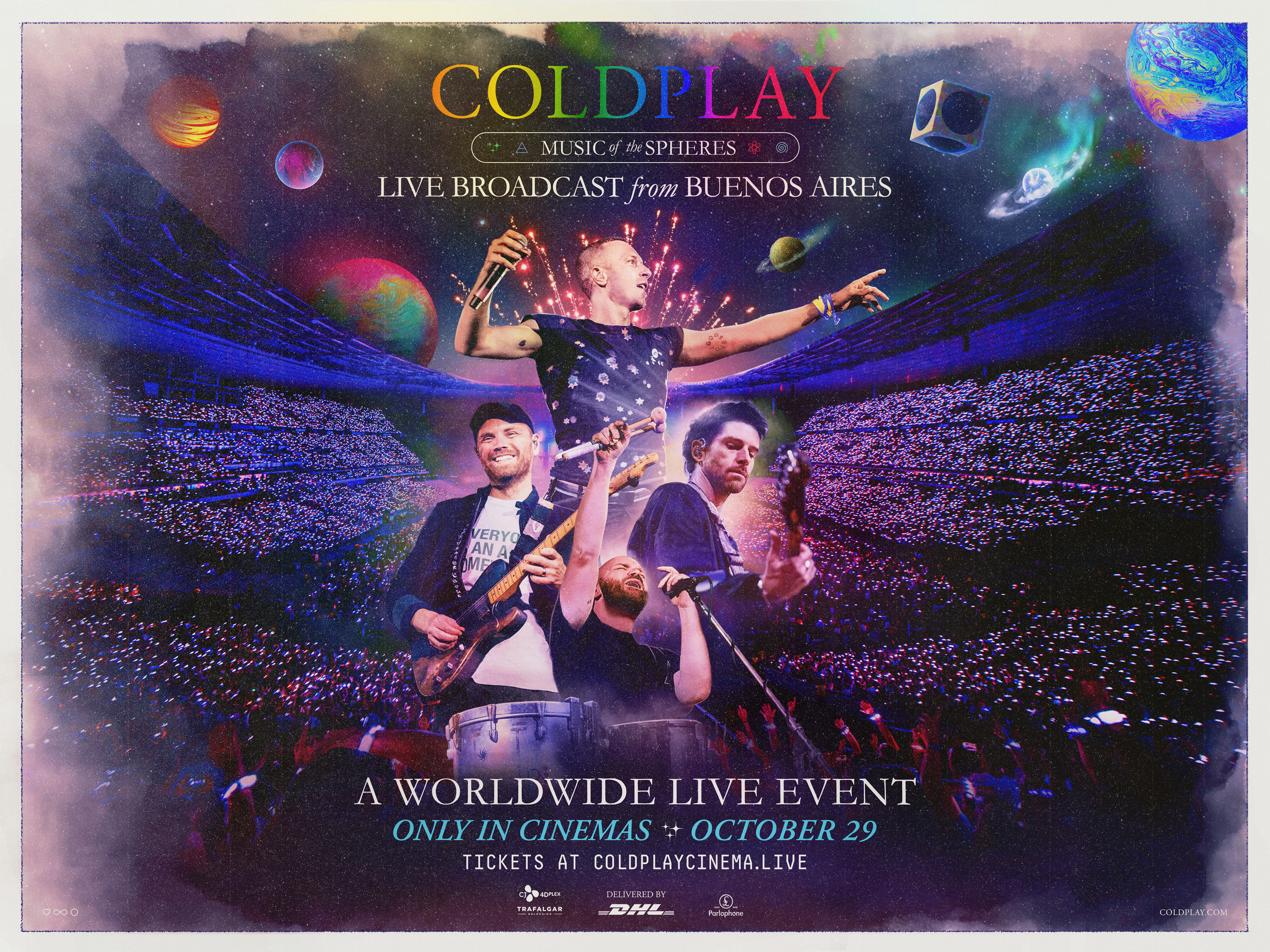 Experience the stunning spectacle of Coldplay’s record-breaking Music Of The Spheres world tour at your local cinema with this spectacular worldwide live broadcast of the band’s sold out concert at Buenos Aires’ River Plate stadium.

The show has attracted rave reviews from fans and critics alike, with The Guardian calling it "genuinely stunning", the New York Post describing it as “a night for the history books” and Glasgow Evening Times heralding it as "the greatest show on Earth".

Now you can celebrate Coldplay live on the big screen, broadcast directly from Argentina. Watch as the band perform classic hits from across their career including Yellow, The Scientist, Fix You, Viva La Vida, A Sky Full Of Stars and My Universe in a stadium bursting with lights, lasers, fireworks and LED wristbands - all of which combine to make Coldplay’s concerts such a joyful and life-affirming experience.