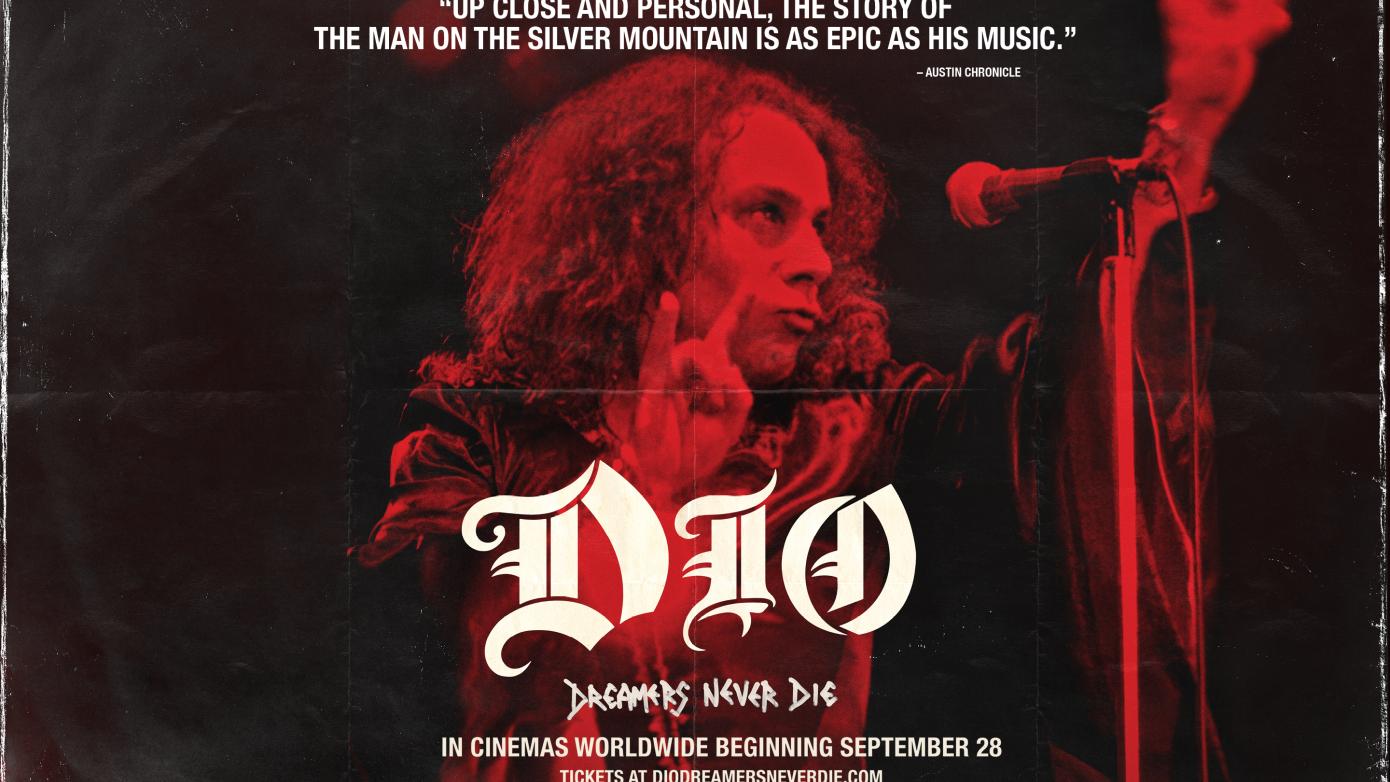 Transcending the standard rock doc, the first career-spanning film on metal icon Ronnie James Dio brings viewers inside the life of one of rock and roll’s true heroes.

The definitive documentary on legendary metal icon Ronnie James Dio comes to movie theatres around the world for a two-day-only film event.  Ronnie James Dio's story transcends the standard rock documentary. Beautifully highlighting both his powerful voice and his gentle heart, “DIO: Dreamers Never Die” delves deep into the singer’s incredible rise from ’50s doo-wop crooner to his early rock days in Elf and Ritchie Blackmore’s Rainbow, to replacing Ozzy Osbourne in Black Sabbath, and finally cementing his rockstar status with his own band, DIO. The first documentary to be authorized by the artist’s estate, the film incorporates never-before-seen footage and personal photos from Dio’s archives as well as offering intimate scenes with his closest peers, family, and friends, among them Wendy Dio, Tony Iommi, Geezer Butler, Glenn Hughes, Vinny Appice, Lita Ford, Rob Halford, Sebastian Bach, Eddie Trunk and Jack Black, as they bring viewers inside the life of one of the most beloved figures in rock.

In addition to the feature-length film, this special event will also include a hand-picked selection of outtakes from the cutting room floor, creating an experience that is exclusive only to fans in attendance.