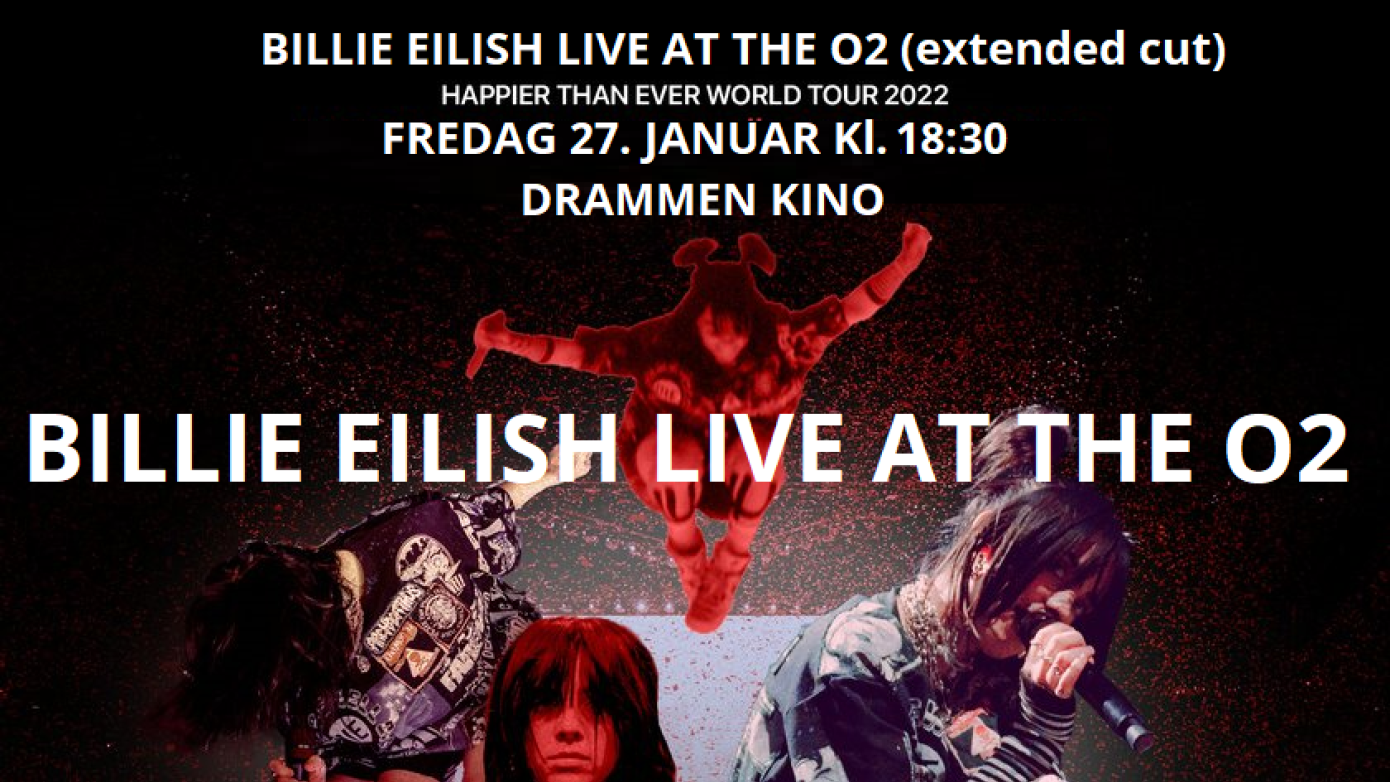 Oscar and Grammy-winning singer/songwriter Billie Eillish is giving a behind-the-scenes look at her life and career in Billie Eilish Live at the 02 - Extended Cut, Only in Cinemas!

"I've always wanted to make a music film that truly captures the energy of my live show,"

"These past 16 months have been so special to me, to be able to be back out on the road, performing live and sharing rooms with so many amazing people all over the world"

"This film is a visual live experience and keepsake for us all, celebrating everything that I love about this tour, and most of all, everyone who came out to see me. This is my thank you." Billie Eilish

Director Sam Wrench used 20 full-sensor cameras with cinematic glass to shoot the concert that was first aired as part of the Apple Music Live series. The 95-minute-plus film features 27 songs, both hits and deep cuts, including "bad guy," "Therefore I Am," "bury a friend," "my future," "Happier Than Ever," "everything i wanted," and "Your Power," with 30 minutes of additional footage that was previously unreleased.

For the first time in her career, Academy and multi-GRAMMY® Award-winning, global superstar Billie Eilish is releasing a visual record of her formidable live performance in movie theaters worldwide.

On Friday, January 27, for one night only, viewers can experience the breathtaking live concert film captured at The O2 in London in cinematic 4k!

The never-before-seen Extended Cut version of this compelling concert film takes viewers on a visually captivating journey from beginning to end, to the heart of Eilish’s record-breaking sold-out Happier Than Ever, The World Tour. Directed by Sam Wrench who captured the concert with 20 full-sensor cameras with cinematic glass, this visual extravaganza features the full-length concert performance of 27 songs in just over 95 minutes, as well as intimate and unforgettable moments between Billie and her audience.

Billie Eilish Live at The O2 was originally livestreamed as part of the Apple Music Live series and was recently nominated for Best Music Film for the upcoming 2023 GRAMMY Awards®. Now, the previously unreleased extended cut will be available exclusively in cinemas to audiences worldwid 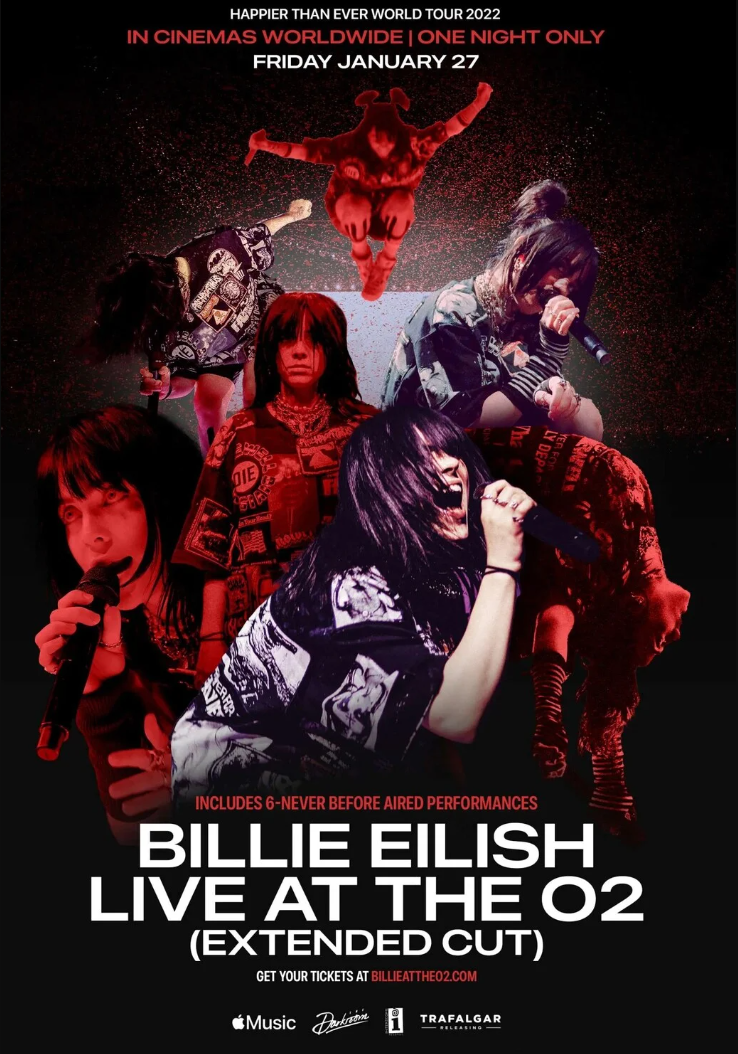