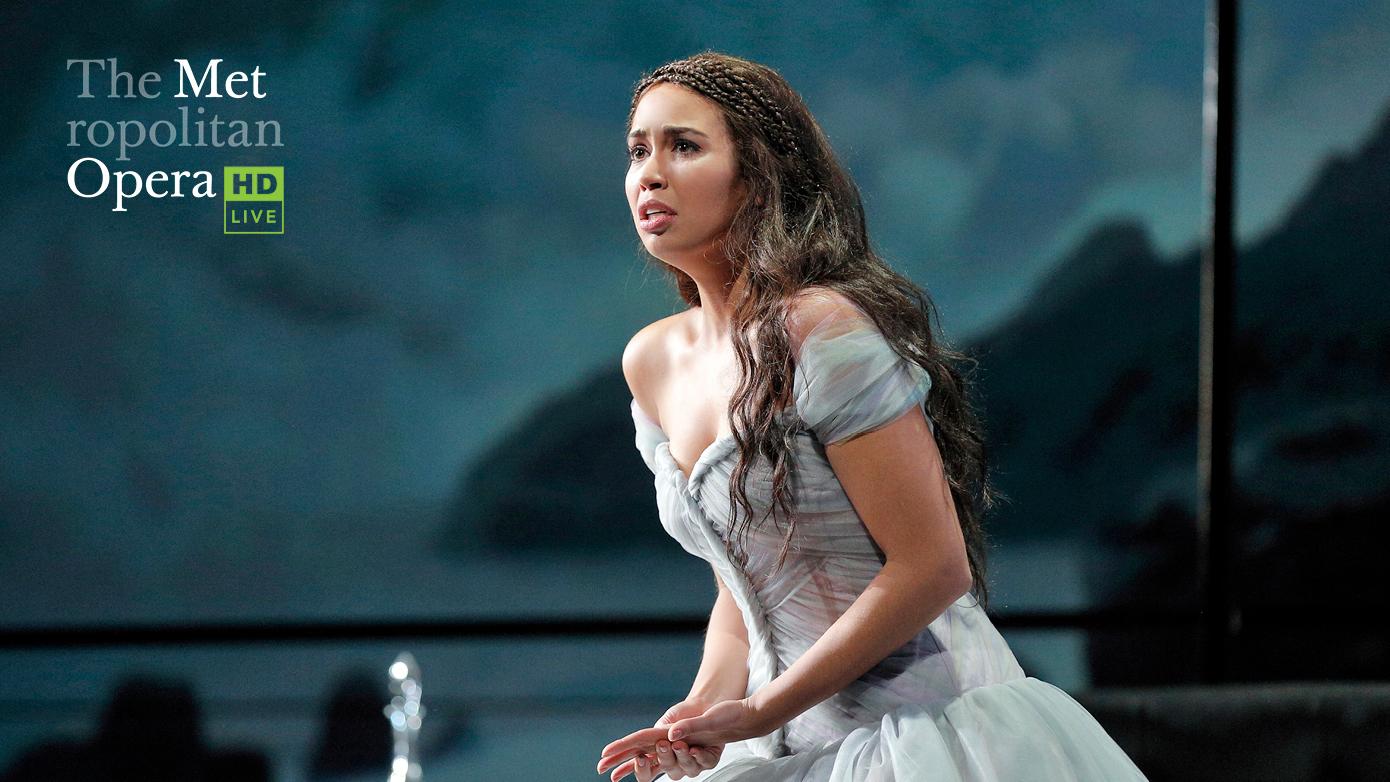 Soprano Nadine Sierra takes on one of the repertory’s most formidable and storied roles, the haunted heroine of Donizetti’s Lucia di Lammermoor, in an electrifying new staging by Australian theater and film director Simon Stone, conducted by Riccardo Frizza. Tenor Javier Camarena adds to the bel canto fireworks as Lucia’s beloved, Edgardo, with baritone Artur Ruciński as her overbearing brother, Enrico, and bass Matthew Rose as her tutor, Raimondo.

“The show is a feat of technical wizardry … Here, the singers, especially the two splendid leads, really seem to be singing for their lives … With [Ms. Sierra’s] crystalline soprano, bright, fluid coloratura and fearless ornamentation, she comes vividly alive … Mr. Camarena, a thrilling bel canto tenor, makes Edgardo sympathetic as well as amorous and hotheaded.”
— The Wall Street Journal

“Visually stunning and conceptually arresting … In Simon Stone’s production of Donizetti’s enduring 1835 opera, the verdant hills and wild landscape of 18th-century Scotland have been paved over and replaced with the living ruins of the American Rust Belt … Conducted with tenderness, intention and exciting dynamic elasticity by Riccardo Frizza … The singing across the cast was stellar. Nadine Sierra truly rose to the occasion … She proved herself an arresting actress, too.”
— The Washington Post

“Javier Camarena sings Edgardo as a sweet-voiced softie, firmly in control of his tone and confident of his supple phrasing … The glue holding the whole contraption together is Sierra, whose Lucia evolves from bombshell to breakdown without sacrificing so much as a grace note … Sierra looks and sounds as if she’s been singing the title role her whole life.”
— New York